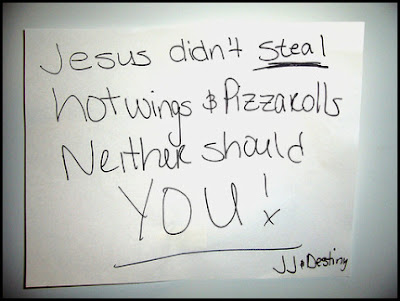 Christians prefer to cohabit with their own ilk. When someone in Christian culture goes seeking a roommate they always specify that any applicants must also be Christians in order to be considered.

They presume that if their roommate is a Christian then they will be kind, considerate, and clean, not be messy, obnoxious, or crazy. And like many of us who have actually roomed with Christians before, they'll just have to learn that lesson the hard way.
Posted by stephy at 4:03 PM 2 comments:

#122 Broadcasting how much their church donated to disaster relief 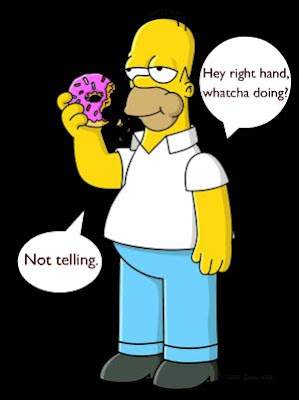 Disasters are a great opportunity for Christian culture to advertise their generosity. Over on Twitter pastors are announcing the dollar amounts that their churches raised for highly publicized tragedies and they're getting loads of retweets and accolades. It's Festivus and they're reveling in their feats of strength thinly disguised as acts of righteousness. They've just got to let their left hand know what their right hand is doing on this one!


How can we get our egos stroked if we give in secret? The sermon on the mount was such a buzzkill.


Matthew 6 1"Be careful not to do your 'acts of righteousness' before men, to be seen by them. If you do, you will have no reward from your Father in heaven. 2"So when you give to the needy, do not announce it with trumpets, as the hypocrites do in the synagogues and on the streets, to be honored by men. I tell you the truth, they have received their reward in full. 3But when you give to the needy, do not let your left hand know what your right hand is doing, 4so that your giving may be in secret.
Posted by stephy at 4:00 PM No comments:

In recent months a rash of evangelical churches started advocating 30-day sex challenges for married couples. The tagline is "Every man's fantasy: 30 days of sex! Every woman's dream: 30 days of intimacy!" The challenge is to have sex every day for 30 days, the end result being a stronger marriage. The husbands are stoked. The wives act like they are too.

Sex challenges made by churches typically get a lot of press, which drums up attendance. And if it gets people in the door the challenge is a good thing, right? This logic makes the sex challenge difficult for Christian culture to question.

At the conclusion of 30 days the participants are surveyed and most of them report that it was the best 30 days of their lives, LOL! But some say the challenge precluded actual communication and got downright tiring. A significant number of people have survived sexual abuse, but counseling isn't often proffered by churches with jumbotron prominence the way sex challenges are. Offering personal interaction and proactive healing of deep wounds might go much further towards fostering intimacy than a sex challenge could, while challenging trauma survivors in this way can cause a lot more damage.

The message being given is that it's good to do something if the person standing at the pulpit challenged you to. But how did the ins and outs (har har) of the congregants' marriages come to be bandied about from the pulpit? Is there a boundary issue here? Would it be better for the church body if the pastor taught the Bible instead of being provocative and muddling tactical advice with scripture?

When something as intensely personal as a sex challenge is presented by an institution and doesn't speak to the personal histories and hearts of the people involved, it's a breeding ground for emotional and spiritual injury. Christian culture's recurring theme of Doing Things and Avoiding Relationship goes to show that the point has been lost. 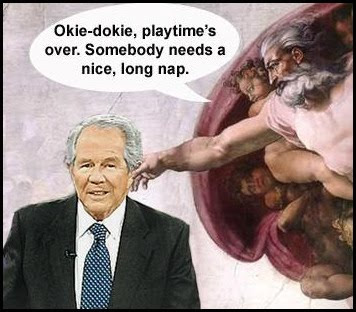 In an event of staggering rarity, Christian culture and non-Christians currently agree on something. Almost everyone seems to think that Pat Robertson is certifiably insane.
Christian culture usually tries to cover for their evangelical spokespeople who go rogue. Pat has a hobby of saying baseless and inflammatory things in the name of Jesus, but Christians aren't defending him this time. And any moment when Christian culture isn't hollering "hooray for our side" is a rare treat, like a unicorn sighting or something.
Posted by stephy at 3:57 PM No comments: 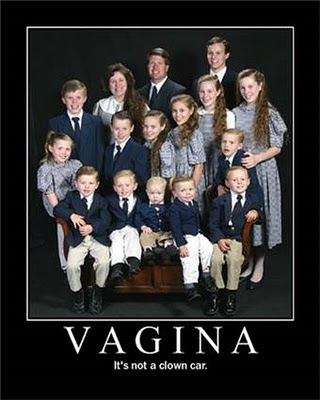 Christian culture loves a ginormous homeschooled family, so they can't get enough of those godly Duggars and their 19 kids. Christians want to model their families after them and homeschool them up. They see the Duggars as being an amazing example of a Christian family. 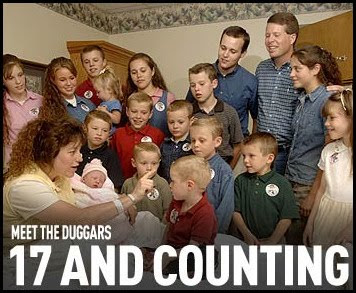 Christian culture doesn't seem concerned about how in, well, God's name Michelle and Jim Bob can give each of those kids enough attention. And they really don't seem to be asking how they can be emotionally present to nuture and adequately attach to each of the nineteen during their formative stages. Michelle and Jim Bob just keep churning them out for the glory of God. Michelle's probably pregnant again right now, actually
Posted by stephy at 3:53 PM 5 comments: 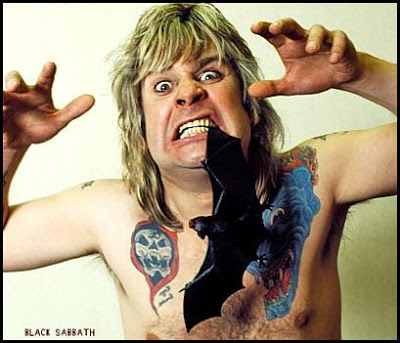 Christian culture is a stickler for the ten commandments with the patent exception of observing Sabbath.

American evangelicals tend to overlook this one. The closest they often come to formal observance is letting church out in time for kickoff. (This is actually church policy during football season in parts of the south.)

Sabbath means cease in Hebrew and its desecration used to carry a penalty of death. This seems like a harsh punishment for failing to cease, but if stress is a factor in fatal diseases then maybe the death penalty for ignoring Sabbath still exists. Who knows.
Posted by stephy at 3:51 PM No comments: 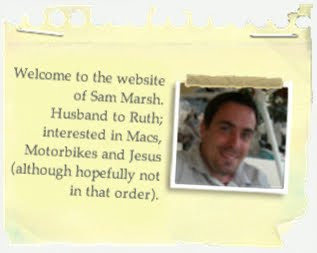 
This post originally appeared on Beliefnet. The original post and comments can be seen here.
Posted by stephy at 3:48 PM No comments: 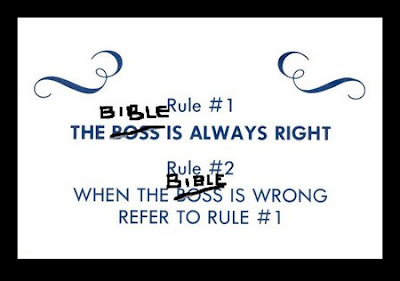 Christian culture is adamant about Biblical inerrancy. Sometimes it's better to not get them started.
Posted by stephy at 3:48 PM No comments:

#115 Clapping on the downbeat 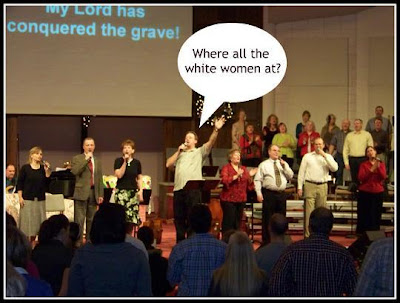 While singing a festive worship song, Christian culture tends to clap on the one and three. Clapping on the upbeat doesn't come naturally to them. They clap the white-people way.

It's a little stilted, and very Caucasian.
Posted by stephy at 3:43 PM 2 comments: