#193 Hooking up with the youth pastor 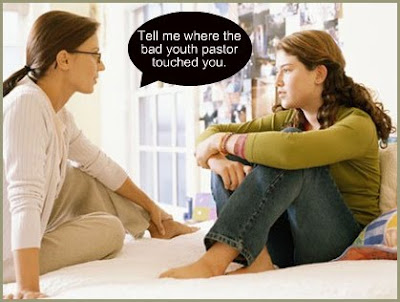 This is a time-honored evangelical tradition which Christian culture is loath to speak of, yet everyone who grew up in Christian culture knows youth pastors (plural) who were deposed due to the dubiously defined Moral Failure. And those are just the ones who were caught.

The youth pastor's fall from grace is never less than gory. Once found out he will either make a tearful public confession, feebly defend his shredded reputation, or both. He is then ceremoniously fired and flees town under a spectacular shower of emotional fallout while the abandoned youth group reels from this strange new trauma which Christian culture has no idea how to handle. In their heads they replay the years of Purity Talks he gave whilst conducting clandestine activities on the side. 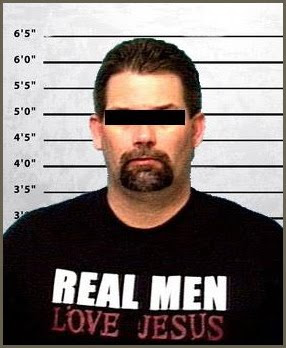 Post-scandal, these pastors sometimes go on to be youth pastors in other churches. This usually happens even with the hiring church's full knowledge of his past. Youth pastor gets older, high school girls stay the same age. 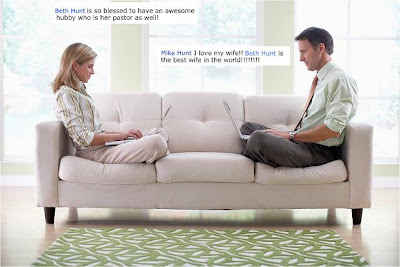 Not all people who do this are Christians, but 93% of them are. The remaining 7% are rogue non-Christians who are unabashed corndogs. 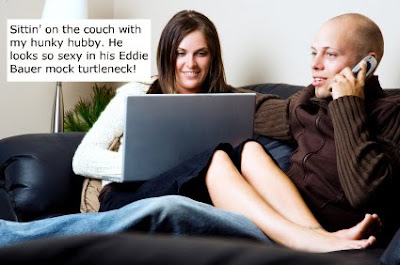 If you are fortunate enough to have Facebook friends who do this, you know it often begins with the wife praising her husband in her status. Once she's posted it's only a matter of time before the freshly lauded husband reciprocates using his status. Other times the husband commits Facebook PDA completely unprovoked by a glowing review. When you see this you can't help but wonder if he did something dastardly and is trying to get out of the doghouse. 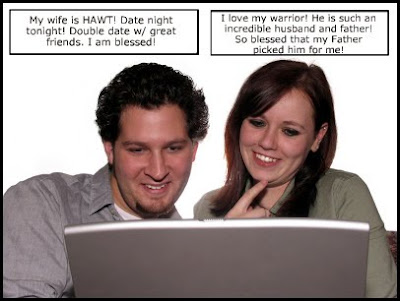 Couples who do this don't think that their Facebook PDA could possibly violate the intimacy of their marriage or nauseate innocent bystanders. They believe they are blessing everyone by sharing their joy. If you are part of a PDA couple who is unfortunate enough to have nauseous Facebook friends, those friends may think your need for people to be jealous of you is stronger than your marriage. 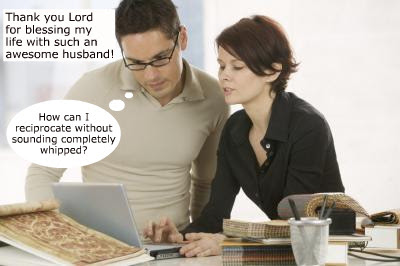 Married people who are not Christians generally don't engage in cyber foreplay. Christian culture might counter that this is because Christians have better marriages, but the divorce rate in the church would not support that hypothesis.

This post originally appeared on Beliefnet. The original post and comments can be seen here.
Posted by stephy at 1:53 PM 11 comments: 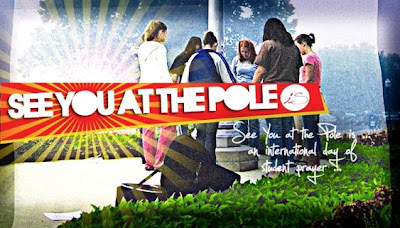 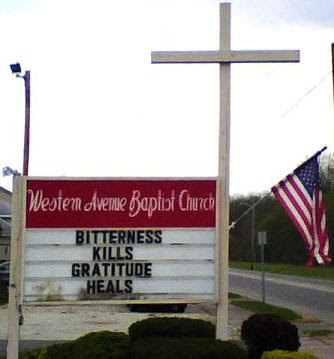 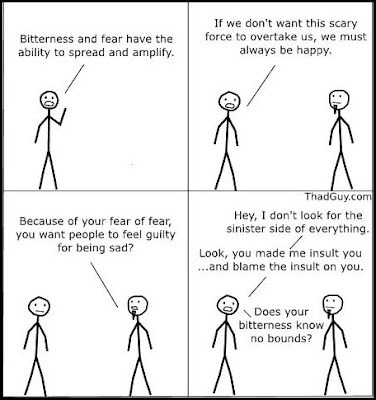 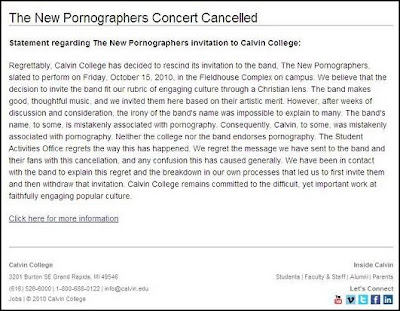 The school states they had invited the band in keeping with their "rubric of engaging culture through a Christian lens" and say they "remain committed to the difficult, yet important work at faithfully engaging popular culture." But this was a little too much culture to take. They couldn't explain the satirical name to enough people and for fear that their Reformed institution be thought pornography enthusiasts (and perhaps lose some alumni funding?) they issued a statement that they just couldn't explain the band name to everyone. But if a Christian college is that concerned about being thought to endorse pornography, they might let the nefarious internet activity on Christian college campuses speak for itself and remove all doubt.
Posted by stephy at 1:46 PM 4 comments: 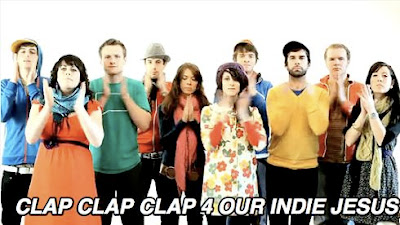 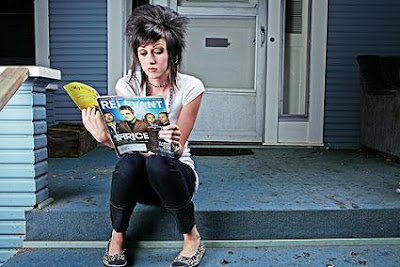 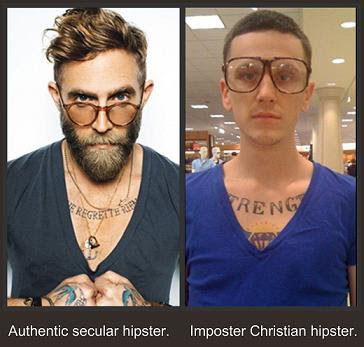 
This post originally appeared at Beliefnet. The original converesation and comment thread is here.
Posted by stephy at 1:43 PM 10 comments: 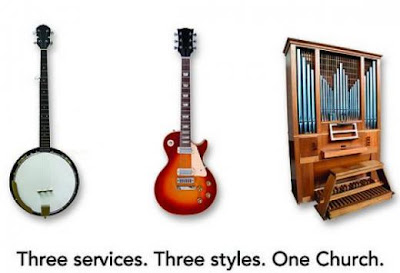 Evangelical churches are big on customer service. The last thing they want to do is alienate certain demographics, so many evangelical churches offer at least two services to accommodate generational differences. With separate traditional (old people) and contemporary (young people) worship services, the two generations need not co-mingle while singing worship songs that half of them don't like. 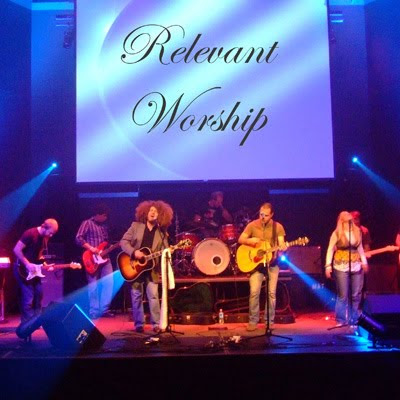 The traditional service always goes first, usually at 9 o'clock or thereabouts. The reasoning appears to be that older people go to bed early on Saturday nights right after Huckabee is over, so they'll be up and ready to make it. The traditional service has "classic" "hymns" and worship songs that the more mature congregant is presumed to enjoy. The contemporary service starts around 11 am. It's assumed that all the young upstarts were out doing What Young People Do On Saturday Nights, so they start things later and sing extended anthems to Jesus in which the word "I" is used a lot. 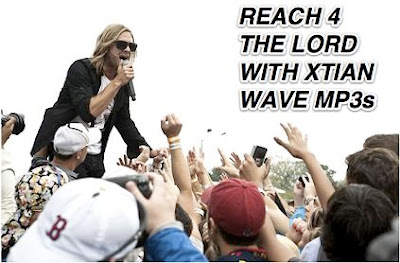 The separate services make co-mingling of the generations less likely, but the church leaders might figure that wouldn't happen anyway. They don't seem to think young people would want anything to do with the older people and maybe vice versa. Fostering these relationships isn't a priority and besides, it might be too much to expect the young people to stick around during lame hymns. That wouldn't "appeal" to them. To create a bigger draw, they delegate someone with flat-ironed hair and guyliner to lead worship. The outsiders feel like they're being advertised to, and the congregants get the same message, if only on a subconscious level. 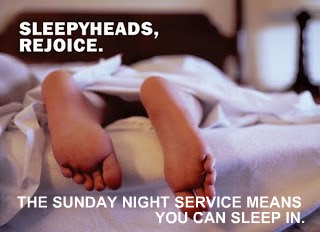 Some churches tout a night worship service if you just can't get your ass out of bed Sunday morning. The underlying missive: you get up early for work and school, but doing it for the sake of kingdom community on the weekend is asking too much. Point taken.
Posted by stephy at 1:39 PM 5 comments: 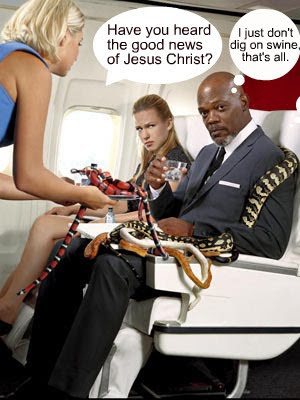 People in Christian culture feel pre-witnessing apprehension whenever they step on a plane. Whomever they sit next to will have been placed there by the Almighty for the specific purpose of being witnessed to, right there, by them. 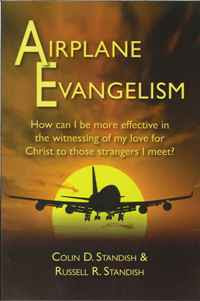 Christian culture regards airplanes as excellent settings for evangelism. Air travel invokes a heightened sense of mortality which can only help the earnest Christian's pitch. A popular tactic is to read a Christian-flavored book in hopes it will spark conversation. Another benefit of the airplane setting is your captive audience. The person on the receiving end of the witnessing is strapped in and held hostage. Should they say "I'm not interested in talking about this" however politely, the Christian will usually relent but often with a disdainful comment indicating they've just made the biggest mistake of their eternity.