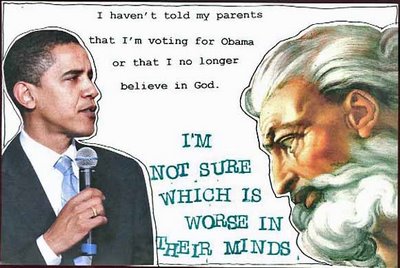 Political proselytizing from parent to child is a time-honored tradition made even easier and more passive-aggressive since the advent of email. The wayward and disillusioned child of conservative evangelicals stands an excellent chance of receiving insistent emails of a right-wing nature in the weeks before a big election. These emails tend to escalate in frequency and tone as the election draws nearer, lavishly capslocked and feverishly warning against the global implosion that will surely be triggered by turning the collective American back on the evangelical notion of God. In acute cases, you may receive up to two dozen per day in your inbox. This is normal. The conservative parent is frightened to the point of hypertensive chest pain that the future hinges on who will occupy the office for the next four years and they figure the best thing to do is educate their prodigal offspring with immutable resolute facts about the candidates. You might do the same if you believed everything Fox News said. They're insistent little buggers.
Posted by stephy at 12:11 AM 41 comments: