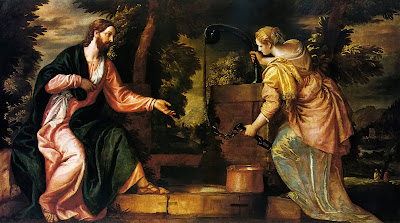 For as inclusive and LGBTQ-friendly the progressive Church likes to imagine itself, there are still deep, linty pockets of gender bias and old habits that haven’t been broken. And how could they be, if no one has pointed them out? Actually, I take that back. How could the Church realize its biases if if the people in positions of power won't entertain the possibility that they have them? The tragic truth is that the people in power do not need to realize their biases if they don't elect to, and there’s the rub.

Gender bias in Christian culture is so ingrained that it's difficult to identify much of the time. Many women who didn't take their husband's last name or promise to obey him (see, progressive!) are just fine with male-pastor-only denominations. Many men who Mr. Mom while their wives work the day job (and to whom many will ascribe feminist tendencies when he's just acting like a decent human being) can still operate under constraints they haven't examined. We all do it. It's getting to the point where you can dig it up and examine it that's the hard bit.

Straight men in Christian culture simply don't need to examine the ways in which they are sexist, and this is the most difficult factor in the move towards wholeness. Coming to terms with the truth could make men feel awful about themselves. To even be an unknowing participant in something as egregious as gender bias while living in a culture where civil rights and equality are valued above all else is one of the worst things you can do. Far easier to stay ignorant of it. I mean, I would want to. People of privilege can't understand what the margainalized experience day-to-day but when it happens in Christianity in the name of the ultimate gender barrier iconoclast (that would be Jesus), the irony is excruciating.

In a Christian culture whose doctors of theology, board members and published authors are more than 80% male, many men and women still maintain that no significant bias is truly at play. These same people seem proud of the fact that 10% of those in powerful Church roles are women. This is seen by many as a giant stride from where women were a generation ago, but it still means it's 9 times harder to get into a powerful role as a woman. And if you're still having any misgivings as to whether it's really that difficult for a female voice to be considered in the progressive year of 2012, I would invite you to take ornery heed of a Black Like Me-esque experiment conducted by Jen Theweatt-Bates. While commenting on a male theology blog she found that she was engaged with significantly more respect and curiosity when using a male pseudonym, while her female persona encountered markedly more dismissal. Even her doctorate in philosophy doesn't appear to lend her much credibility amongst male theologians. There is no subjectivity in this experiment. Please refer to the statistics she recorded which paint a disturbing mathematical portrait of whose voice we value and why.

A common response to this topic by men in the Church is to deny that it is taking place and to tell women they are misreading the men in power. Those men are actually quite generous with their power! They do a lot of work for civil rights! They even have a gay friend! You are misreading them! I get it. There is nothing more difficult than facing the truth about the ways you perpetuate brokenness within the world and especially in the Church you hold dear. The hardest truths requires such painful realizations that many people live their entire lives without facing them. Summoning the curiosity and making the emotional and intellectual space for these realizations is almost preternaturally difficult. Could this mean they are also outrageously worthwhile?

When gender discussions occur on the Facebook page of this blog, men frequently protest the women's claims that their voice isn't taken as seriously a male voice. In these cases it always takes the voice of a sympathetic dude to point out where sexism is present in order for the disgruntled men to come around a bit. The fact that it takes a person of privilege to advocate for the marginalized and engender understanding speaks disgraceful volumes about how those in power choose to manage their unearned privilege. When defending their role, men will often say "I feel that as I try to defend my position I can't say anything right. I feel that nothing that I say will be considered valid by you. It feels like a vortex and a mindfuck." This is the point where a man might finally understand what it is like to have a feminine voice in this culture.
Posted by stephy at 2:46 PM 84 comments: