#87 Getting rid of their secular music 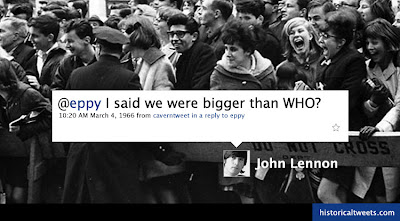 There comes a time in every young evangelical’s life when he must roll up his sleeves, raise the black flag, and commence destroying his secular music.

As a young evangelical you arrive at the decision to get rid of your secular music because you feel “convicted.” You have read many articles about whether or not Christians can listen to secular music and the overwhelming consensus is that non-Christian music is not inherently bad, but that even good things like music can be used for bad purposes. This rings true within you somewhere. The secular music you like doesn’t talk just about happy things like Christian music does. Secular music speaks to your pain and longings. Because there is comfort and camaraderie in it you conclude that this music made by people who don’t claim to be Christians is causing you to sin. 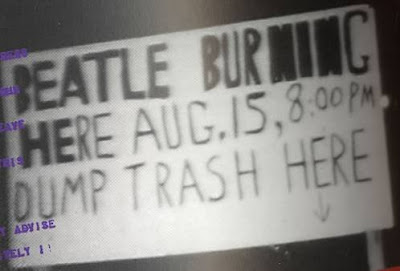 Once the conviction about your music is in place the next order of business is deciding how to dispose of it. After deleting your unclean iTunes you have to deal with your CDs and vinyl. Burning them is the classic dramatic method, but Mike Warnke said the fire will turn blue and scream if devil music is being burned and the idea of that is too creepy to risk it actually happening. You could smash it or just throw it away, but if there is a place that will buy back CDs and you are a poor college student then you will skulk to the CD store to sell them while telling yourself that you’re not enabling anyone, if someone wants to get that devil music they will find a way so you might as well get some money for it. The guy in the CD store will say "Wow, how come you’re selling all this back? This is some good stuff." You blink back tears and once you’re in the parking lot you break down. You refrain from talking about this with anyone so that the ritual will remain sacred and not a means to impress people with your sacrifice, but you are heartbroken. Certain secular lyrics could describe it so well, but you fight to keep them out of your mind. Thinking about them would defeat the purpose of selling your music in the first place.

In 83% of cases, the secular music parted with will be bought back by the evangelical. The risk of repurchasing their secular music is highest among evangelicals who do not like country music or easy-listening, because these genres are mostly considered by Christian culture to be acceptable. An evangelical can listen to these types of music with minimal wounding to her conscience. The highest rates of repurchasing occur within the first six years after purging, with a majority of them identified in the first two years. Treating a secular music penchant with Hillsong United and Carman is associated with the highest rates of secular music repurchasing.
Posted by stephy at 7:05 PM 72 comments:

#86 Leaving a gospel tract with the tip

Christian culture is historically known for leaving a gospel tract when they tip in restaurants. Oftentimes they leave a tract along with actual money, but in severe cases they'll leave only the tract. 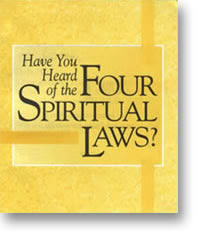 Every Sunday around noon, waiters and waitresses throughout the Bible belt and other densely churched areas of North America brace themselves for the church crowd* to roll in. In a flurry of khaki and hairspray, they become visibly nervous if presented with a wine list and they loudly discuss which of them will pray over the food. Once they leave, heartily clapping each other on the back and taking an awful long time to exit, their server often finds with the tip a pamphlet that outlines the presumptuously-titled four spiritual laws.

Maybe Christian culture's logic is: what better way to care for the immediate physical needs of others as mandated by Jesus? How about giving them some fire insurance! Insurance from the fires of hell, that is. 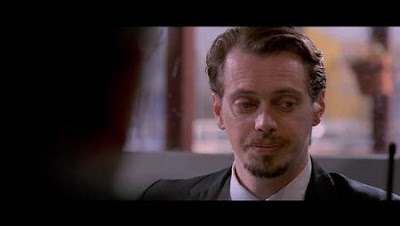 [Mr. Pink has got at least one thing in common with Christian culture.]
*Church crowd is the term for the large influx of people coming fresh from a Sunday morning church service and into restaurants. There is an unwritten rule that they must go out for lunch post-church. The chain restaurants they favor are The Olive Garden, Red Lobster, Applebee's, Cracker Barrel and Chili's.
Posted by stephy at 9:39 PM 93 comments: 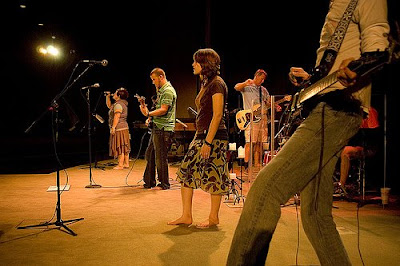 Every so often the worship team likes to go barefoot onstage. 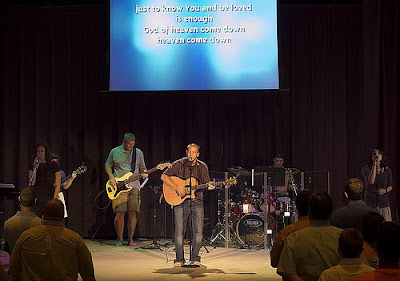 They're just keepin' it real.