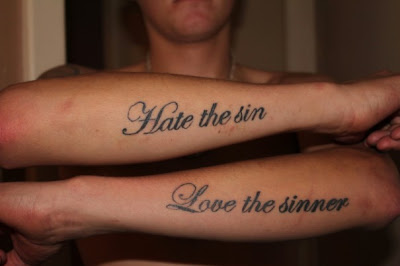 Christian culture likes to say that they "love the sinner but hate the sin." They put it on bumper stickers and memes and have no problem saying it out loud to the sinners in question. Love the sinner. Hate what he does. Two separate things. 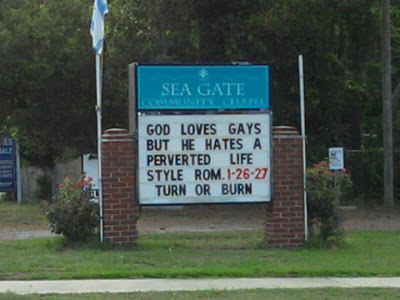 Curiously enough, "Love the sinner, hate the sin" is often credited to Ghandi. Christian culture might not quote it as readily if they knew that part (danger! Hindu!) but even so, they can and will invoke it any time someone is doing something Jesus probably wouldn't like.

Christian culture makes a special point of saying they love the sinner and hate the sin when explaining why marriage should be between one man and one woman. It's concise and tidy and lets them to stay an arm's length from the people they're calling sinners. Their subtext sounds something like this: "I sure do love that sinning gay person. Sure do. But as a Christian I hate, I really hate the fact that he continues down the path of willful defiance against his Creator and chooses to live a gay lifestyle." 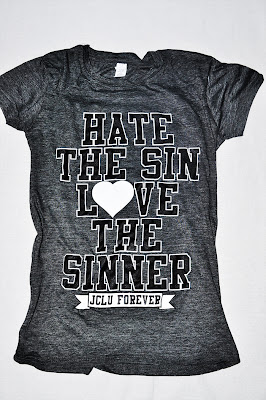 When pressed, a person in Christian culture will often concede that it's okay to be gay as long as you don't act on said gayness. You know, because of Leviticus. And they won't think twice about saying this to you over shellfish after working on Saturday while wearing clothes with two types of fibers and after cutting the hair on the sides of their heads. Then after all this they might remind you that they love that sinner but sure hate that sin. If you choose this moment to tell them they're quoting a Hindu, expect them to be defiant, or at the very least confused. They may be just as baffled by another of his quotes: "I like your Christ. I do not like your Christians. They are so unlike your Christ."
Posted by stephy at 2:34 PM 64 comments: