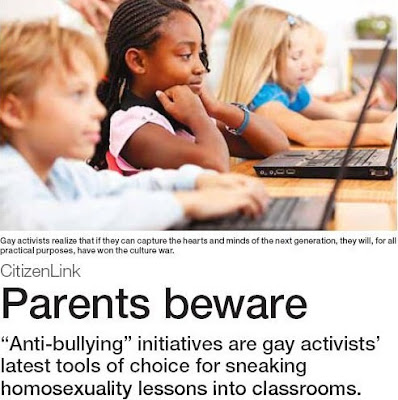 Christian culture feels the recent anti-bullying legislation is a subversive means to infiltrate the vulnerable younger generation with the homosexual agenda. The It Gets Better Project addresses the epidemic of suicides in gay adolescents who have been bullied, so you might think the staunchly pro-life Christian culture would champion this effort, but the gay issue seems to supercede suicide prevention.

Jesus said the world will know his followers by their love. Ask some gay Americans if they've felt cared for and sought out by someone who claims to be a Christian and chances are they will say no. Interestingly, in many of the videos on It Gets Better bullying victims say that Christians and the church have induced much of their shame and fear. If Jesus spoke of love more than anything else and never addressed homosexuality once, which of the two might he be concerned with? Christian culture tends to couch "confronting" gay people with the truth about their sin as being loving. People in Christian culture don't seem to see themselves as being as sinful as they think gay people are. But claiming to follow God while refusing to humble yourself dooms all of us to repeat history as the Pharisees wrote it.
Posted by stephy at 2:15 PM 5 comments: 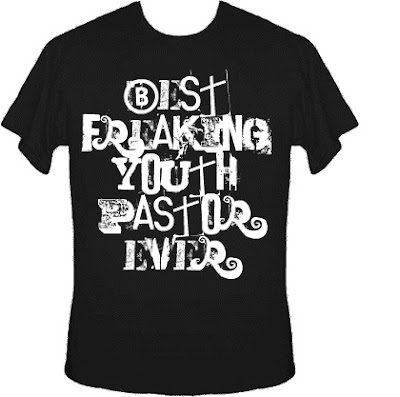 Replacement swear words are a key component of the Christian culture vernacular. The Christian who aspires to be relevant is often particularly fond of saying "freaking" while talking about the things of God. They feel it is risky, but not so much so it would actually make God mad. To really say the eff word would be going WAY TOO FAR.

Some common manifestations of freaking in Christian culture include:

"God is just so freaking awesome!!!!!!!"
"God blew the freakin' doors off the tomb!"
"I love Jesus and there is not a freaking thing you can do about it!"
"Andy Stanley pastors a freaking huge church."
"Do you frickin' believe the Word of God?"
"The devil doesn't need a freakin' advocate...he's doing pretty well all by himself."
"Our new church website is so freakin' cool looking! (I've gotta quit saying freakin', I'm a freakin' pastor for crying out loud!)" 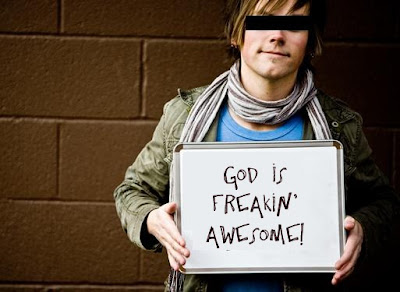 When a pastor uses "freaking" from the pulpit or in his blog he expects to get some disgruntled feedback from some older stodgy legalists, but he considers this minor collateral damage compared to the young souls he will influence for Christ by speaking their language. Dawg.
Posted by stephy at 2:12 PM 8 comments: 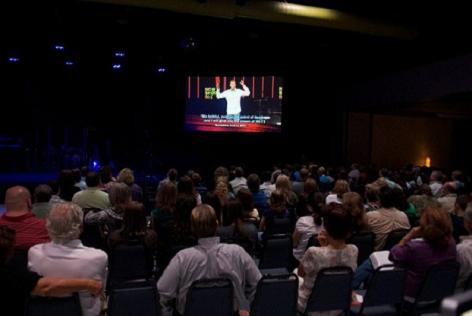 As evangelical churches vie to become bigger by use of business tactics, they're outgrowing their buildings. As such, the multi-site church has sprung whole from the American business model.

A multi-site church has a main campus and many smaller spawn called satellites that operate under the auspices of the parent church. (Vocab words are in italics.) The satellite church is sort of a sequel to the original. It's of the same lineage but everyone really likes the first one better, though in Christian culture they won't say it out loud. People prefer the original because that is where the charismatic pastor man who started the whole enterprise speaks live and in person.

His title is teaching pastor, preaching pastor or lead pastor, and he very seldom appears in person at any of the satellite churches. The satellites are basically theaters sprinkled around a 50 mile radius (sometimes larger) as overflow reservoirs. At these satellites the lead pastor's visage is beamed onto a big screen as he preaches live from the main campus. People assemble in the satellite buildings to sing worship songs, listen to the real live campus pastor make announcements, and then watch the main-attraction pastor speak via satellite. Everyone who attends accepts this arrangement as fine and even good. 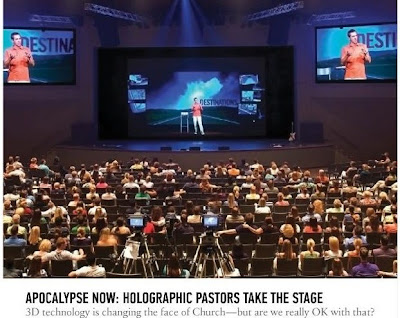 When you see a pastor preaching on a big screen, there is a .0042% chance you would ever be granted a personal meeting with him. Again, this is accepted by the general populace as okay. The New Testament pastors understood they had a shepherding role over the church and felt a personal relationship with each of the members was vitally important, but this aspect of the ancient church is falling by the wayside as technology advances. What can I say, holograms are pretty cool. 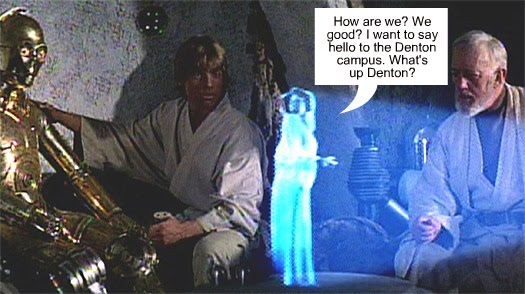 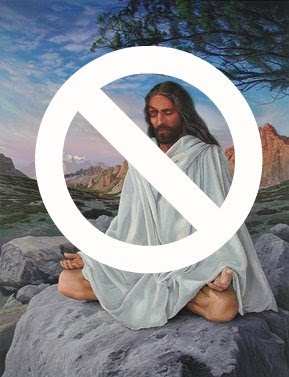 Christian culture has a big problem with yoga. To them it's a gate to the fires of hell. Its roots in pagan Eastern religions are the main problem. Even though Easter and Christmas are pagan festivals that Christianity incorporated as worship traditions, Christian culture is convinced that yoga is a trap to lure you into Satan's jaws. Where there could be room for God in the gaps, they tend to assign those gaps to the demonic. You know, just to be safe.

This sermon sums up the evangelical take on yoga. And I quote: "If you sign up for a little yoga class, you're signing up for a little demon class. That's what you're doing. Satan doesn't care if you stretch as long as you go to hell." Well that oughta cut down on evangelicals stretching, lest they hurtle down the slippery slope into eternal damnation. Maybe you'd better not do Pilates either, just to be sure.

[This post and its original comment thread are archived here on Beliefnet.]
Posted by stephy at 2:06 PM 14 comments: 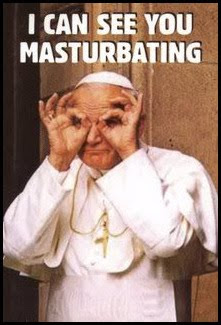 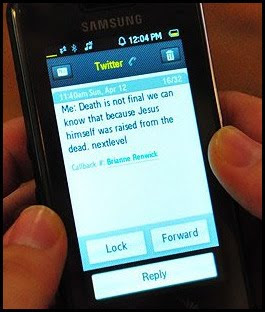 This post originally appeared on Beliefnet. The comments and conversation that followed are here.
Posted by stephy at 2:02 PM 8 comments: 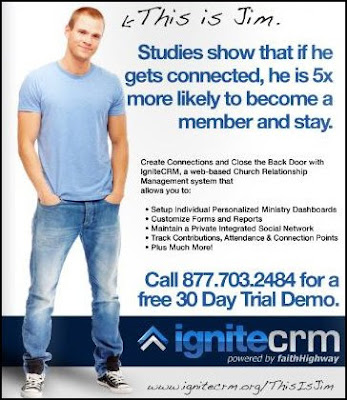 This is Jim. He could become a member of your church if you play your cards right. So we've done a lot of research to figure out what will make him want to commit to church membership. As an American he's already an expert at consuming things so we've figured out how to help him consume spirituality. All of this is in the Bible somewhere. We don't have a reference for it, but it doesn't really matter because we're getting people in the door. Quit dissenting. You're trying to tear apart Christ's bride.

So what you want to do is get Jim plugged in so he'll become a member and your church will grow. It's all about being consumer-friendly. Our market research indicates people are nine times more likely to return to a church that is hip and convenient and affirming. And you have to impress upon them some semblance of community, so try to rally some of that. True community isn't always convenient or fun though so that's a tough one. We use the natural flavoring theory, like the chemicals they call natural flavors that taste just like the real thing. Jim probably won't be able to tell the difference and if he can he won't want to stick around, which is just as well because then he'd ask a lot of questions and wouldn't fall in line. So anyway, we've researched what will get people to plug into your church and we are selling it to you, the earnest upwardly-mobile modern congregation. It's a few thousand bucks but you'll make it back good-measure-pressed-down-shaken-together-running-over style in the lifelong tithes from all those white-collar members you'll nab. Blessings!
Posted by stephy at 2:00 PM 3 comments: