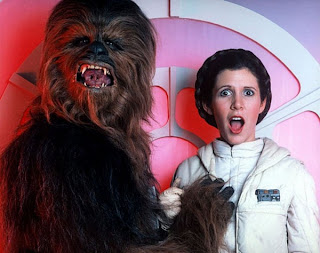 Nobody ever says this word unless they're talking about a petting zoo, and then it's used as a participle and is G-rated. Christian culture are the only ones who use it as a verb in a PG-13/NC-17 way and for them it only comes in two flavors: heavy and light.

Its etymology is uncertain but James Dobson brought it into the evangelical vernacular in the early 1990s or thereabouts with his twelve stages of physical intimacy (see here) which included a line that unmarried couples should not traverse. Very practical. Christian culture enjoys clear cut plans and handy guidelines in order to know at which point God goes from happy (not sinning) to furrowed brow (sinning).

Unfortunately for the enterprise of petting, both varieties are disallowed in all evangelical contexts. This restriction predicates the getting of married in order to Do It, which is why people in Christian culture tend to marry young. And getting married young causes another wellspring of problems. To elaborate on those problems would require many more posts, but that's what this blog is for.
Posted by stephy at 12:21 PM

I think in the Dobson parlance, it's technically a gerund :)

Thank you so very much for posting the link to the outline.

and the Happy God (not sinning) to the Furrowed Brow God (sinning). Now I understand. love, Farah

Funny thing: I now have Dobson's "Biblical Guidelines for Dating" open in one window, and a message form for OkCupid in another.

"b.) Do you think what you do on a date will have an effect on any
one else but you?"

Hells no. Y'all are gossipy pervs, peeking through the rear window of my boyfriend's van, watching us get to third. You'll probably go home and spank it when you're done spying, too.

I think that Dr. Joy's steps in a relationship make a lot of sense. I remember hearing about this eons ago and how Dr. Joy used this as a way to help couples who were having problems reconnect to each other. It doesn't prohibit actions, it just says that if a couple take a step by step approach to the physical relationship, that the physical won't get ahead of the emotional/intellectual connection that they are building in their dating relationship.

My only question: which is more likely to lead to sex, dancing or petting?

Matt, don't you know it is the other way around? Sex leads to dancing!

That linked outline was so incompetently written and amateurish:

tactically endorsed? With predator drones? I think they meant "tacitly".

And, and?!
The linked outline starts channeling Norman Vincent Peale? That clown? The same one who ran the anti catholic hysteria during JFK's presidential campaign?
I thought Peale had been completely discredited by now.

Cracks me up that the stages go from 9) hand to body straight to 10) mouth to breast. Nothing in between eh? He puts his hand on your stomach and bam! mouth to breast is next natural step? Hilarious!

I've always heard about petting (especially since I worked at a conservative Bible college and that was the extent of The Sex Talk. Well, that and "They're Gay.")

But I never knew what it was nor really heard anybody else using that vernacular.

Funny, I also don't care enough to click the link...

I'm sure he meant "affect" but I guess sex does "effect" children, so to speak.

"Petting" has been around for a LONG time. And there are two varieties: Light and Heavy.

This blog post is hilarious! I remember when I was growing up hearing people use the term "heavy petting" and not understanding how you could heavily pet an animal—my innocent mind! And I love that you linked to James Dobson's twelve stages of physical intimacy—I hadn't see it before, and I found it very interesting, to say the least.

dobson fucked up a lot of childhoods.

"I thought there's no use getting into heavy petting,
That only leads to trouble, and seat wetting!"

There are not much terms coined based on sexuality in the Christian vocabulary. But they do have viagra online as an intimate topic.

Interesting piece of information, I had come to know about your web-page from my friend pramod, jaipur,i have read at least eight posts of yours by now, and let me tell you, your blog gives the best and the most interesting information. This is just the kind of information that i had been looking for, i'm already your rss reader now and i would regularly watch out for the new posts, once again hats off to you! Thanks a million once again, Regards,

Petting is a term for making out. From the first half of the 20TH century.


How do you clean a fabric sofa?

How much does it cost to have a sofa cleaned?

How do you clean a sofa?

Can you get a couch professionally cleaned?

This is very useful article. I will connect it back to your site though
Nice post! This is a very nice blog that I will definitively come back to more times this year! Thanks for informative post.
고스톱

Thanks for sharing the informative post. If you are looking the Linksys extender setup guidelines . so, we have a best technical expert for handlings your quires. for more information gets touch with us.
스포츠토토

Took me time to read all the comments, but I really enjoyed the article. It proved to be Very helpful to me and I am sure to all the commenters here! It’s always nice when you can not only be informed, but also entertained!
일본야동

GREAT JOB! This blog presents a very valuable information. Keep up the good work! Visit our website too. Thanks!
토토사이트

Your article is very interesting. I think this article has a lot of information needed, looking forward to your new posts.
스포츠토토


Hi very nice blog!! Man .. Beautiful .. Wonderful ..I’ll bookmark your web site and take the feeds also. I am glad to search out so many useful information here in the post, thank you for sharing. Feel free to visit my website;
야설

Thanks a lot for keeping great stuff. I am very much thankful for this site. Feel free to visit my website;
한국야동

Your views are in accordance with my own for the most part. This is great content for your readers. Feel free to visit my website; 국산야동

Your work is very good and I appreciate you and hopping for some more informative posts. Thank you for sharing great information to us Feel free to visit my website;
일본야동

Great Post !! Very interesting topic will bookmark your site to check if you write more about in the future. This post is really astounding one! I was delighted to read this, very much useful. Many thanks Feel free to visit my website; 일본야동

Pretty useful article. I merely stumbled upon your internet site and wanted to say that I’ve very favored learning your weblog posts. Any signifies I’ll be subscribing with your feed and I hope you publish once additional soon. 메이저사이트

This is the perfect post. It helped me a lot. If you have time, I hope you come to my site and share your opinions. Have a nice day.
바카라사이트탑

great & nice articles with a lot of information to read...great people keep posting and keep updating people..thank you , Hello, this is very useful material.
스포츠토토존

I wanted to thank you for this excellent read!! I definitely loved every little bit of it. I have you bookmarked your site to check out the new stuff you post. I am writing on this topic, so I think it will help a lot. I leave my blog address below. Please visit once.!
바카라사이트비즈

Excellent read, I just passed this onto a friend who was doing a little research on that. And he actually bought me lunch as I found it for him smile Therefore let me rephrase that: Thank you for lunch. 먹튀신고

Your post is very helpful and information is reliable. I am satisfied with your post. Thank you so much for sharing this wonderful post. If you have any assignment requirement then you are at the right place. 메이저사이트

Thank you very much. Can I refer to your post on my website? Your post touched me a lot and helped me a lot. If you have any questions, please visit my site and read what kind of posts I am posting. I am sure it will be interesting. 카지노커뮤니티

This is a great article thanks for sharing this informative information.
Kashmir Tour Packages