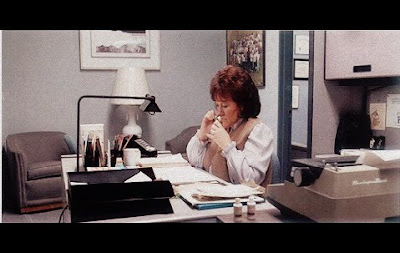 Some pastors make it a practice to hire staff they aren't attracted to in order to reduce temptation. This is an excellent tactic, as anyone who has gone to church for awhile can tell you at least one story about a church sex scandal. It's always the same: someone in church leadership showed the hot secretary his wiener, and that was that. Sometimes the cast of characters varies but it always plays out like this: once found out, the pastor puts on a great display of remorse and tears his garments, but it's curtains for him. His wife and kids are never the same and his career options are pretty much shot. He's run out of town or decides to leave out of disgrace and his family tries to patch their lives back together but it's a tough row to hoe. Now he's wishing he'd hired that sweet older lady with the mom jeans and neck moles.
Posted by stephy at 8:21 PM

You mean I can finally get a job? SWEET! (why not hire a dude?)

It's almost a cliche in British tabloids, "Minister runs off with church organist" or the like.