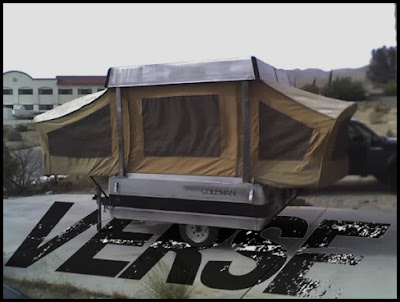 The pastor learned a lot of fun trivia in seminary and now he's got a captive audience. If he has a doctoral degree and not just an MDiv he wants to impart to you the original language nuances and subtext. If he considers himself to be emergent or relevant he'll try to be edgy and entertaining about it. Their sermons are often the longest. One word can take up the whole thing. I once heard a pastor say he was going to camp out on the word "the."

Camp out can also be used interchangably with unpack, as in "We're going to unpack this verse." When you hear either of these, settle in, it's going to be a long haul.
Posted by stephy at 8:26 PM

and in some cases, there's also "drill down". Some pastors notice they use "unpack" too much and shake things up.

I've never heard "camp out", but I hate "unpack" so very much.