#183 Not the mosque at Ground Zero 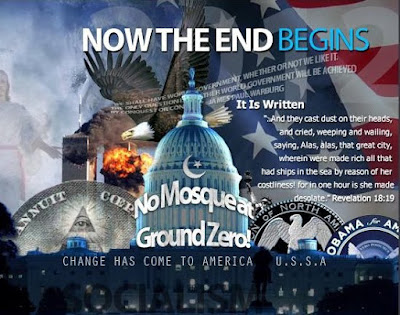 Much of American Christian culture opposes the Ground Zero mosque. They say their main problem with it is the disrespectful locale, but they often go on to say that Islam is probably going to annihilate America (a.k.a. "God's nation" in Christian culture) before long and they'd feel a lot better if those sneaky Muslims weren't setting up shop underfoot. As is their wont, they tie their Christianity to this argument, however tenuously.

The Christ whom these people purport to follow taught embracing and honoring of all people (including Muslims), but Christian culture seems to have swept that nugget under the rug.

This segment of Christian culture is ready to hold all Muslims reponsible for the actions of extremists, but if extremists' actions don't align with what Islam teaches then it seems their religion wouldn't actually be Islam. By the same token, people who call themselves Christians but don't practice what Christ taught often aren't Christians at all, and even though they claim to do things in his name, their actions speak much more loudly. Funny thing, that.
Posted by stephy at 1:30 PM

What's really annoying about this is that the building ISN'T a mosque but will contain a prayer room, and the group building it are Sufis for goodness' sake. Sufis are the Quakers of Islam, Turkey's whirling dervishes and the opposite of the Wahadis I am told.