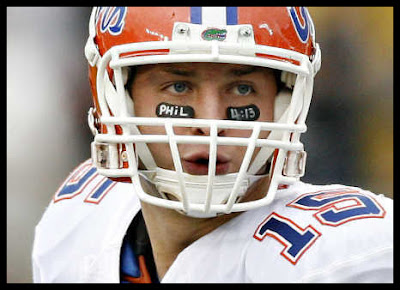 American evangelicals revere Tim Tebow. They can't resist a player with Bible verses on his eyeblack.

Born to missionaries, Tim homeschooled his way to win the Heisman trophy and a dozen Player of the Year awards. In American Christian culture (especially the south), it's roughly the equivalent of being the reincarnated Dalai Lama.

I'm sure Paul was talking about football in that letter to the Philippians:

Even Nike bows down. 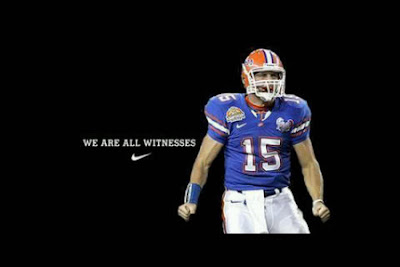 When he was winning 6 in a row this season, I could just imagine atheists everywhere getting nervous.

Shaun, bookmakers were nervous, perhaps. We atheists really don't care. I do remember something in Matthew about public displays of piousness, though...

If there is a God and He wanted to poke fun at atheist football fans, he sure did a great job with Tim Tebow.

Shaun...Shaun. You're trying to hard, man.

There are many religious research paper services and Religion Assignment Writing Services to choose from for those stuck with their religion & theology essay services and theology & religion writing services.