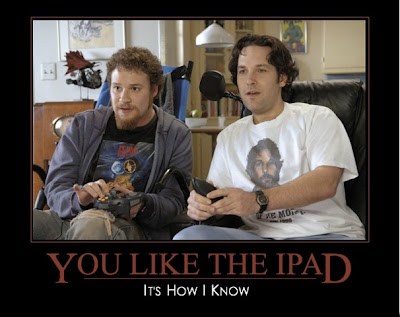 Christians who identify as emergent and/or relevant really, really, really want an iPad of their very own. They seem to feel it will help them network with their Christian bros at a greater capacity and witness to the lost more effectively.

can i just say

I think it's more of an American thing than a Christian thing. All of my American atheist, Jewish and Muslim friends have iPads too.

Hilair! one of my FB friends just updated her status rhapsodizing about her new ipad2.